Politics can be a tricky topic to write about and an even trickier one to build a business around. But Isaac Saul, the founder and writer of Tangle, saw an opportunity. While most news outlets drifted closer to either side of the American political spectrum, Isaac saw a desire for a centrist alternative — someone who could rationally show the merit of both sides.

Fast-forward nearly three years and Tangle’s success shows how right Isaac’s initial hunch was. So, how did a solo-run newsletter go on to become a six-figure business with one of the highest free-to-paid-subscriber rates in the industry? And what can you do to model their success?

Every independent creator must learn to balance creative and business priorities. On the one hand, you want to make something unique that reflects what you want to see in the world. And on the other, you need to publish content that helps build a financially sustainable operation.

It’s a delicate line to walk but knowing essential business metrics like conversion and churn rates can give you an advantage. Isaac has a solid grasp of Tangle’s, which is partly why their team has been able to attract over 35,000 readers.

I’m extremely proud to note that, as of today, Tangle is converting 16.5% of our total mailing list, which as far as I know is one of the best in the industry. Our churn rate is also consistently around 1%, and sometimes lower, meaning every month 99% of our customers are deciding to stay with us. Nothing is a better proof of concept for what we’re offering.

The first step to improving your own metrics is to identify where they stand right now so that you can set appropriate business goals. Keep a pulse on how many new readers are finding your content, subscribing to your free offers, upgrading to a paid option, and unsubscribing along the way. Plus, there are plenty of tools to help you do this easily.

The next major factor that influences conversion, but is rarely written about, is relevancy. It’s not enough to publish great content and choose an attractive price, those elements also need to align with the people you're reaching. In other words, it doesn't matter how many awards your steak dinner might have or how much it might be discounted — no vegan is going to buy it!

Clarifying, researching, and understanding the who your project aims to reach is vital to gaining long-term traction. Here’s how Tangle thinks about its readers.

Our target audience is people who are interested in politics but know that they aren’t getting the full story. It doesn’t matter whether you are a political junkie or someone who just wants to grow their understanding now, Tangle is a great place for you. Monday through Thursday, we publish a free newsletter that summarizes the best arguments from the right, left and center on the news of the day. And then on Fridays, we publish subscribers-only content like interviews, reader-requested content, personal essays and more.

On this last point, Isaac adds the following:

My subscriptions are only $5/month or $50/year (please subscribe!), but for a lot of people that’s important money. A huge chunk of the American workforce exists on low-wages, and millions are on fixed incomes. Very few (if any) living in those economic brackets would or should be paying for newsletters. That means the news they access is the free kind, which is often less reliable. I figured I could carve out a niche by being a free and premium type of news source that didn’t have ads and wasn’t B.S., sensational clickbait news.

Relevancy is a product of empathy. If you care about the people you’re creating for, you’ll usually find that alignment takes care of itself.

Lesson #3: Clarify the problem you solve

As you gain a deeper sense of what is happening in your business, and who you’re creating for, you’ll gain a better understanding of the problem people are trusting you to solve.

This point can’t be emphasized enough: every successful publication solves a problem. Whether that’s temporarily curing boredom, providing financial advice, granting insight into a niche community, or anything in between.

Tangle’s founder has identified two core problems their newsletter solves. The first is that they offer a safe, neutral space in the ever-polarizing political arena.

There are two genesis stories to Tangle: The first is that I grew up in Bucks County, PA, one of the most politically divided places in America. In politics, people call Bucks a "bellwether," meaning it can often tell you which way a presidential race is going to go because it's so evenly split between Democrats and Republicans. Bucks is a little more blue now than when I was growing up, but I had a lot of friends across the political spectrum and saw as we got older how their politics tore them apart (or, in some cases, saw people model how to be friends with folks you disagreed with, and civilly discuss those disagreements).

The second was my experience as a political reporter. I learned pretty quickly that no matter what I was writing about, about half the country would dismiss my work based solely on where it was published. If I was writing in HuffPost, I knew most Republicans would never read it or dismiss it if they did, since it was in the Huffington Post. And the reverse was true for Fox News. This made me realize how we were all constructing our own self-affirming news bubbles, rarely considering or engaging with "the other side's" belief. That, combined with the overt media bias I was seeing in the industry, led me to the idea of Tangle: A politics newsletter that showed you the best arguments from the right, left and center, and then left some space for me to offer my point of view. I wanted to build a news organization that everyone could trust, regardless of their politics, and I have.

The second problem they solve relates to access. Isaac saw a gap in what the market provided and chose to risk a go at an alternative.

When I started Tangle, everyone told me to paywall most of my articles and offer up one free edition a week. I did the opposite. To me, the standard format made no sense. I had no idea how often something I wrote would strike a chord and get traction, and if 80% of my content was paywalled I would have to hit the jackpot on the 20% of articles that people could access as a taste test. This made no sense to me. If I was producing good content, I knew people would eventually pay, and I also knew the best way to get the most people was to make as much content free as I could.

When you position your newsletter, get specific about the reason it exists. The easier people can identify your cause, the higher your conversion rates will be.

Lesson #4: Do your best work

All of the strategic work you’ve done up to this point only matters if you’re publishing material worth reading. Although great content is only one element of the conversion puzzle, it’s a vital one, as Isaac points out.

Good content is really the only thing that matters. The best days I’ve had from a business perspective are when I do my best writing. It doesn’t matter how clever my pitch is or what kind of calling card I use, people subscribe when they like what they read or it adds value for them. Full stop.

I'm doing what I love. This is my dream job in every way possible. I'm the boss, I write about stuff I'm interested in, I make good money and I'm excited to work every day. I feel extremely fortunate to be in the position I'm in, and supremely proud of myself for the long nights and early mornings that got me here.

Most creators begin with the question: how can I turn my project into a successful business? But a better starting place might be: what can I build that helps me do my best work? As Cal Newport writes, “Be so good they can’t ignore you.”

At the end of the day, every conversion is the answer to a question: will you pay for what I’m offering? Many business owners forget that all of the analytics and optimizations available can’t replace the one action that must be done — directly asking your audience for support.

The good thing is there are no set rules for how to go about this and what works for one creator may not work for the next. When asked, "what's the top strategy that has positively impacted your number of paid subscribers," Isaac responded with:

Asking in a genuine voice. I do think there is something to just being yourself when you ask for money. I make jokes about how my subscription is cheaper than one beer in New York City a month, or explain candidly what I’m going to do with people’s money, or say in plain terms that if they don’t pay our project will die. All of this tends to resonate.

Instead of trying to become what you believe others want, focus on being what others can’t. The same uniqueness that makes your content stand out is what will help you monetize it effectively.

Create your way to conversion success

As you reflect on Tangle’s success, remember that Isaac spent years building it into what it is today. Their conviction, vision, and courage drove them to action, which in turn converted thousands of readers into paying supporters.

But the only way to get there is to start today.

Be consistent. Try to come up with something new. Think about what you want, then build it. Think about the stuff you hate, and don't be that. Write more. Love the grind. Express gratitude for the work you're doing. Keep writing. And most of all, make sure you practice writing. And read about writing. And write!

On this page Introduction

How to support your members as an independent creator

Get trends & tips delivered to you.

A weekly roundup of emerging trends, products and ideas in the creator economy, trusted by 35,000+ readers.

No spam. No jibberjabber. Unsubscribe any time.
Wow, @Ghost is killing it today with their newsletter. It may just be me, but it seems like more time and care is being spent every week on it. If you can show me a link about my obsession I didn’t know about yet — that’s something.
2:22 PM · 13 Jun 2021
@Ghost has been my favorite company newsletter of 2022
6:21 PM · 4 Apr 2022
Ok, the Ghost newsletter is hands down the best newsletter in my inbox and it is not even close. There's not a single other one that I am going back to read or look forward to getting. Excellent job!
6:09 PM · 17 Apr 2022 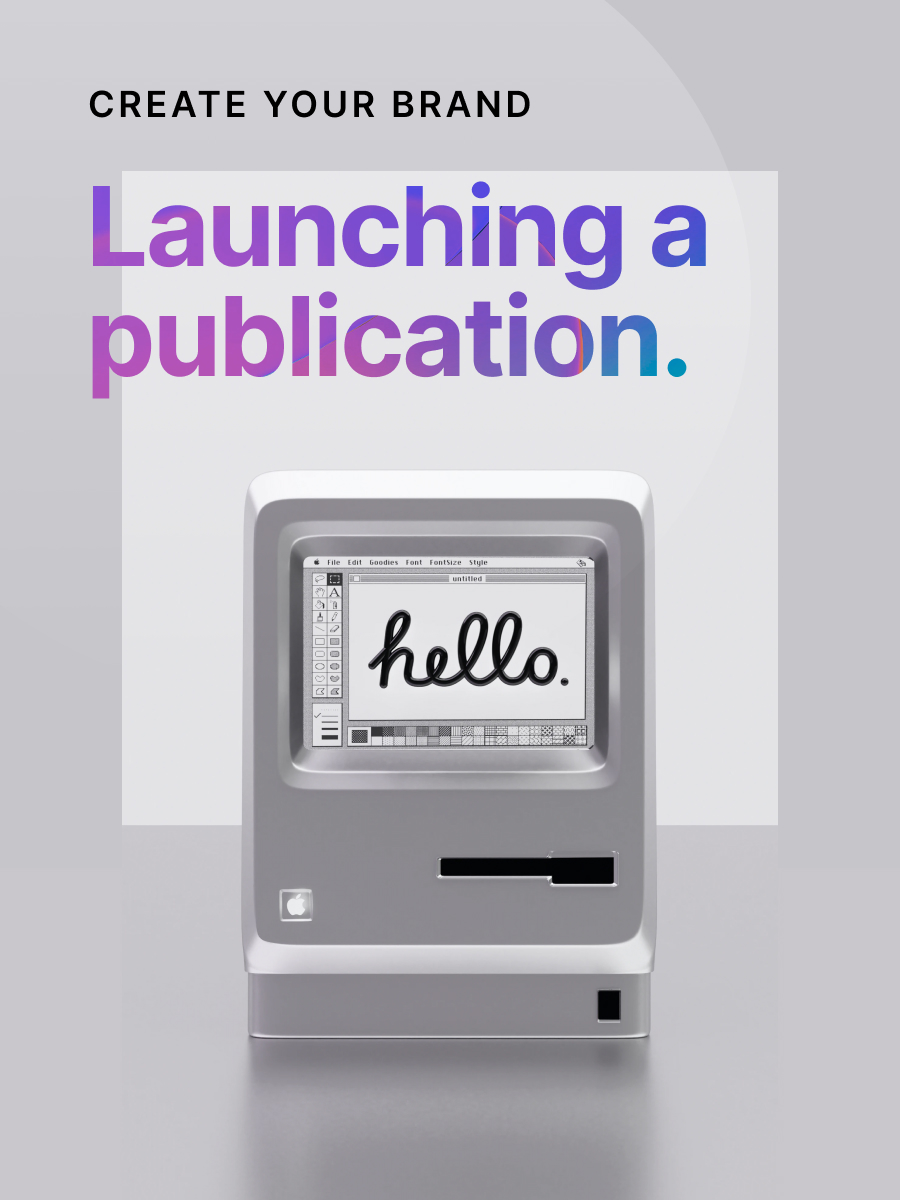 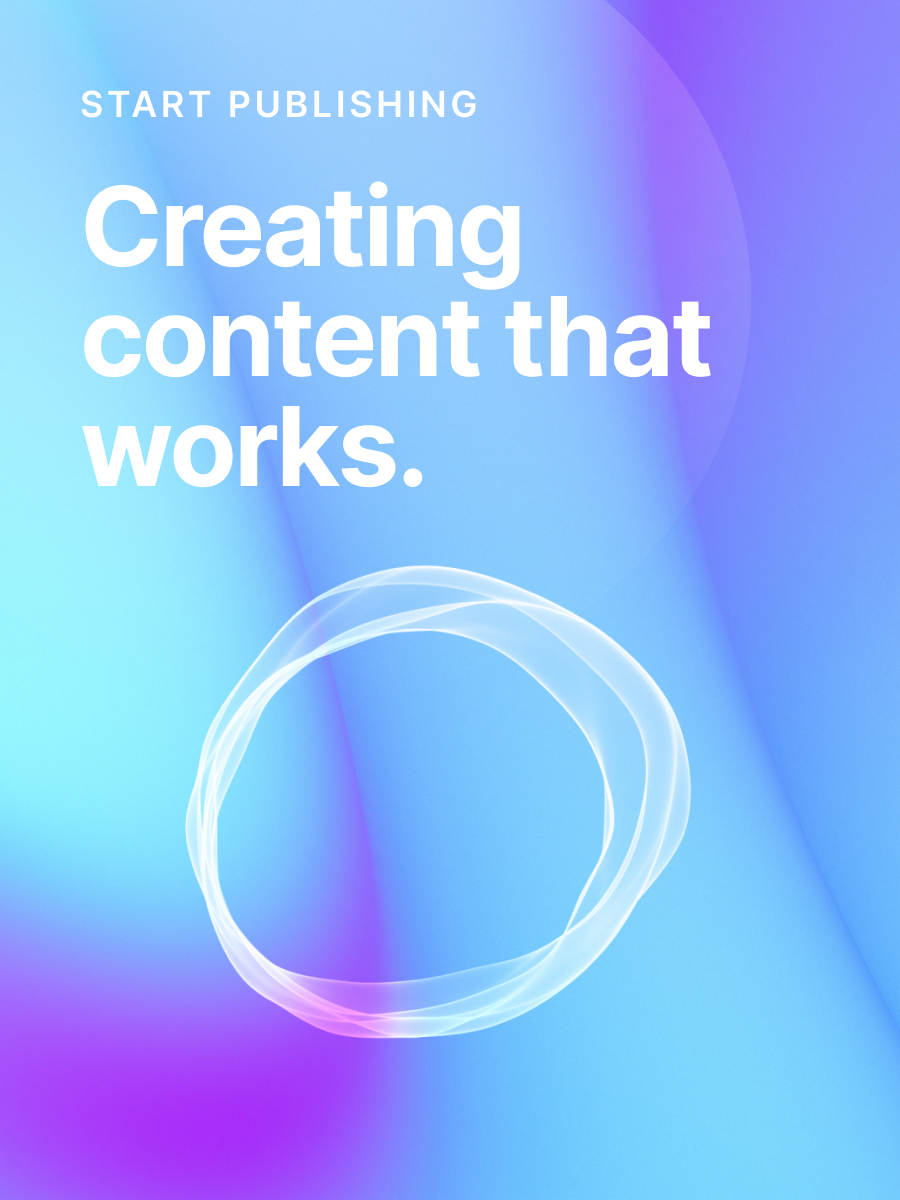 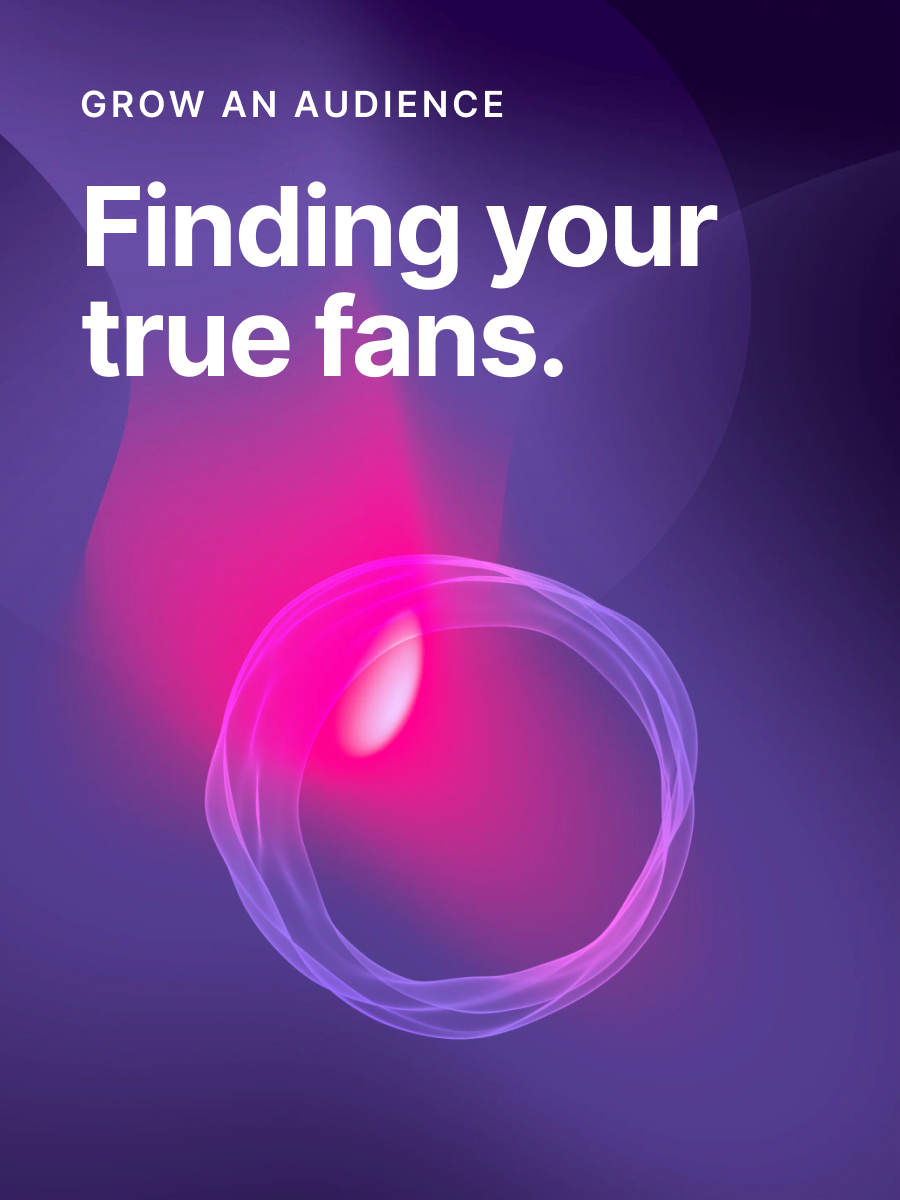 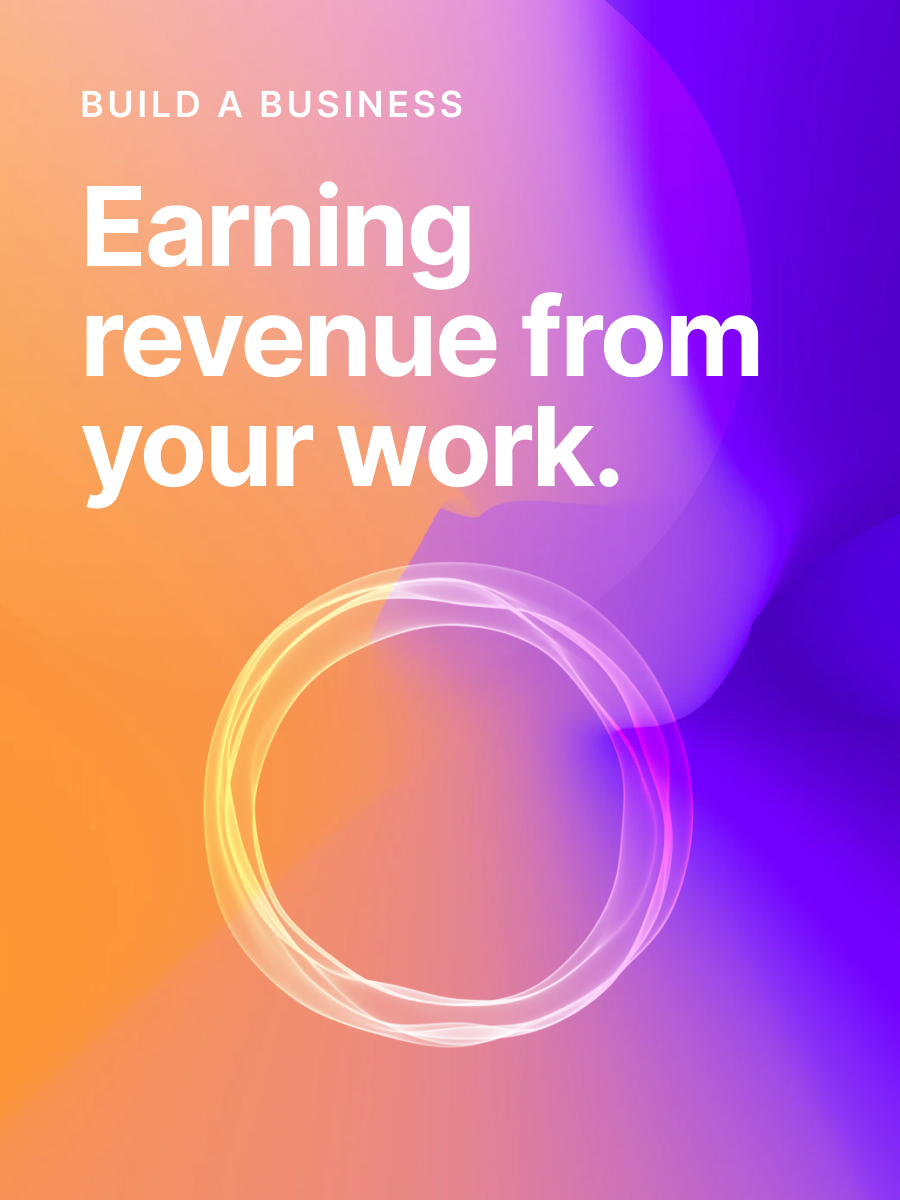