Six months ago Ghost was barely an idea, today it's a thing. A living, breathing, evolving thing. And it's public.

Today we released Ghost into the wild via Kickstarter. It's pretty scary - and incredibly exciting. Myself and Hannah have done so much and planned so much more, that it was hard to fit it all into just a 3 minute video and a few screenshots. There's plenty of information about Ghost on the main site and the Kickstarter project page, so I wanted to take the opportunity to talk a little bit more about the technology behind Ghost, the choices we've made, and the future of this movement.

Every new technology has an expiration date, great technologists believe in the right tool for the job, but the fact remains that the relevancy of a technology is what tends to fade over time as technology re-invents itself at a faster pace each year.

Right now the leading open source new media publishing projects are driven by PHP communities. It's easy to see why, with a well-established and vibrant ecosystem, the PHP community is strong. But, it comes with its limitations, and recently other technologies have taken the lead on innovation.

One technology that we have seen be revisited countless times over the years is the intersection of two very powerful innovations for the web: Server-Side JavaScript (which now generally takes the form of Node.js) and Client-Side JavaScript (which has been largely responsible for interactivity on the web for more than a decade - see also: jQuery).

At Ghost, we feel that not only does the use of JavaScript provide us access to rapidly growing communities of bright minds, but it also makes the project accessible to other communities (e.g. Ruby on Rails & Python) that have no interest in the PHP projects, which are now old guard. JavaScript has stood the test of time and Ghost, true to its mission, is able to work closely with the communities that push innovation forward on the web.

Facebook, Twitter, Tumblr and many others have all shown us what the future of digital publishing holds for us.

Today it's no longer about media outlets broadcasting and instead users now participate as publishers on the platforms of their choosing as content creators as well. Ghost stands on the shoulders of those that have come before, thereby having an extremely unfair advantage. Further still, we enable both companies and individuals to retain complete ownership of their content.

We have grown alongside of the platforms that have come before and we have watched new media mature and re-create itself. We know where the gaps in innovation are from hands on experience and we're working to drive greater levels of engagement for both the content creator and the reader. We make tools where user experience, social media, content creation, community development, curation and empirical insight intersect.

This has never happened before. Join us. 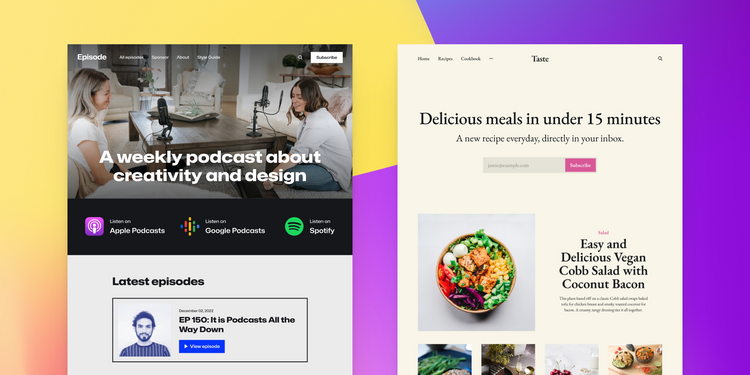