Why would anyone care about your thoughts, you think. There are lots of other people blogging already. They're doing it better, so why bother?

Why bother blogging at all?

I blog because it's worth it. You can use blogging to build up an audience, create a name for yourself, become known as an expert in your field, teach people, and more. You already know this, because you wouldn't have considered blogging otherwise (or you wouldn't have hesitated to start, because you didn't know how much was at stake).

You look at people who blog regularly and see how their audience has grown and how much influence they have now.

Maybe you look at the Buffer blog or the Groove blog and envy how their traffic, product conversions and brand recognition have increased thanks to their blogging efforts.

Or perhaps you dream of running a one-person blog about your interests, like Seth Godin or Maria Popova.

Or even if you just got to spend time writing about what you're interested in, and people actually gave a damn?

Why should you blog?

So of course the question is why should you blog when everyone else is already doing it? I've just rattled off a bunch of examples of people who beat you to the punch.

And not to depress you further, but I haven't even mentioned all the people whose blogs are drowning in silence, or were long-ago abandoned because nobody cared. It takes a really long time to build up a successful blog, but that's a story for another time.

Today I just want to get you started.

So you're wondering what you have to add to the conversation? Trust me, you have a lot.

You have stories worth telling

Nobody else has exactly the same experience as you. So even if other people have written about the same thing, they won't have covered it in quite the same way. And that's important.

Imagine I'm going through the same thing as you, a few months later than you did, and I'm scouring the internet for help, a glimmer of hope, and some confidence that I'm not the only one to struggle with this. Maybe it's a bug in my code I can't figure out, maybe I'm struggling to get my first 100 customers, or maybe I'm new to photography and have no idea where to get started.

What if what you have to say is the single approach to this situation that would resonate with me best? I can read other people's work until the cows come home but maybe I still won't have the confidence to continue, or feel like anyone really gets how I feel.

But your story might be the one I need to hear. Even after reading about this same thing for weeks, I might stumble upon your blog post about it and finally think "someone gets it." That's an incredibly powerful feeling, and you have no idea how many people might get that from your work.

When you're interested in something, you keep reading about it. You clamour to read anything new. Reading one piece about a topic doesn't rule out reading any others.

Just because there are other people writing about the same thing as you on the internet doesn't mean your work isn't worth sharing and nobody will read it.

So put aside the fact that other people are writing about the same thing. Focus on your opinion, your approach, your unique experience. That's worth sharing.

What's obvious to you could be amazing to someone else

Any creator of anything knows this feeling:

You experience someone else's innovative work. It's beautiful, brilliant, breath-taking. You're stunned.

Afterwards, you think, "My ideas are so obvious. I'll never be as inventive as that."

I'm going to bet you've felt like that. Hey, I feel it too. I started developing a writing course earlier this year, only to abandon it after a few weeks because it all felt so obvious. It's not hard for me to write well. It's like driving a car (I assume, I don't actually drive). It comes so naturally for me that it feels silly to explain the steps I take.

But I had to learn all those things at some point, too. I didn't just wake up one day with the writing skills I have now. I built them over time by learning (and a lot of practice).

No doubt there are people who want to improve their writing skills, who don't know all the things I know. But I'm unwilling to help them because it feels too obvious to me.

Hit songwriters, in interviews, often admit that their most successful hit song was one they thought was just stupid, even not worth recording.

We're clearly a bad judge of our own creations. We should just put it out and let the world decide.

I'm not one to argue with Derek Sivers. And in fact, I argue this point with other people all the time, even though I struggle to take my own advice. You might think what you just figured out is too obvious to bother writing about, but other people don't know it yet! And they want to.

People are hungry for knowledge. Why try to decide for them what they want to know and what they don't?

Write about what you've learned. Write about what's obvious to you. Put your thoughts out there, and you might be surprised at how many people are stunned by how inventive your work is.

This is a lesson I learned from designer, teacher, podcaster, writer, and general all-rounder Sean McCabe.

Sean makes the very good point that "all you have to know to teach is more than any one other person."

You might wonder why you should be teaching when there are other people further along in their careers than you, with more experience. But here's a really neat secret about teaching: someone who's been working at their career for 20 years can't remember what it's like to be a beginner. As much as they try, they're so far past that point that their experience has skewed their point-of-view.

It's like teenagers saying their parents don't understand them—it doesn't matter that their parents were teenagers once. That was so long ago that they don't really get what it feels like anymore.

So wherever you are in your journey, whatever point you're at with what you're learning, there are other people coming up behind you who can benefit from your writing—at least as much as they can from veterans in the field, and maybe even more so.

In my experience blogging is so public that you need to just do it. You never really get past that concern about whether your stuff is good enough until you just go for it. It's one of those situations where it's best to take the leap and consider it afterwards.

Once you're used to publishing, you can focus on improving the quality of your work each time, rather than focusing on the paralysing fear that your work isn't good enough in the first place.

So here's what you can do to get started: go publish something. Focus on publishing and sharing, because that's the scariest part. Dig up an unfinished draft, or write about something that's been on your mind lately. But don't worry about making it a masterpiece—focus on getting something out the door.

(It might help to write a shorter piece that you can expand on later. Start with just a couple of paragraphs on an idea you've been considering, and if it's still on your mind later you can write a longer piece that takes more time.)

Trust me, you will feel resistance. You will have to face your vampires. The voices in your head will help you find excuses to not publish something today. You can't publish just a couple of paragraphs—that's not high quality. You don't really have time today—there's real work waiting to be done. You've actually taken the first step just by reading this post—you'd better take some time to think about it now, before taking action.

The cool thing is, if you're anything like me, it's exhilarating to prove people wrong. Even if they're made-up people who live in your head.

So go forth and publish.

And hey, when you're done, tweet your published post to us at @Ghost. We'd love to celebrate with you. 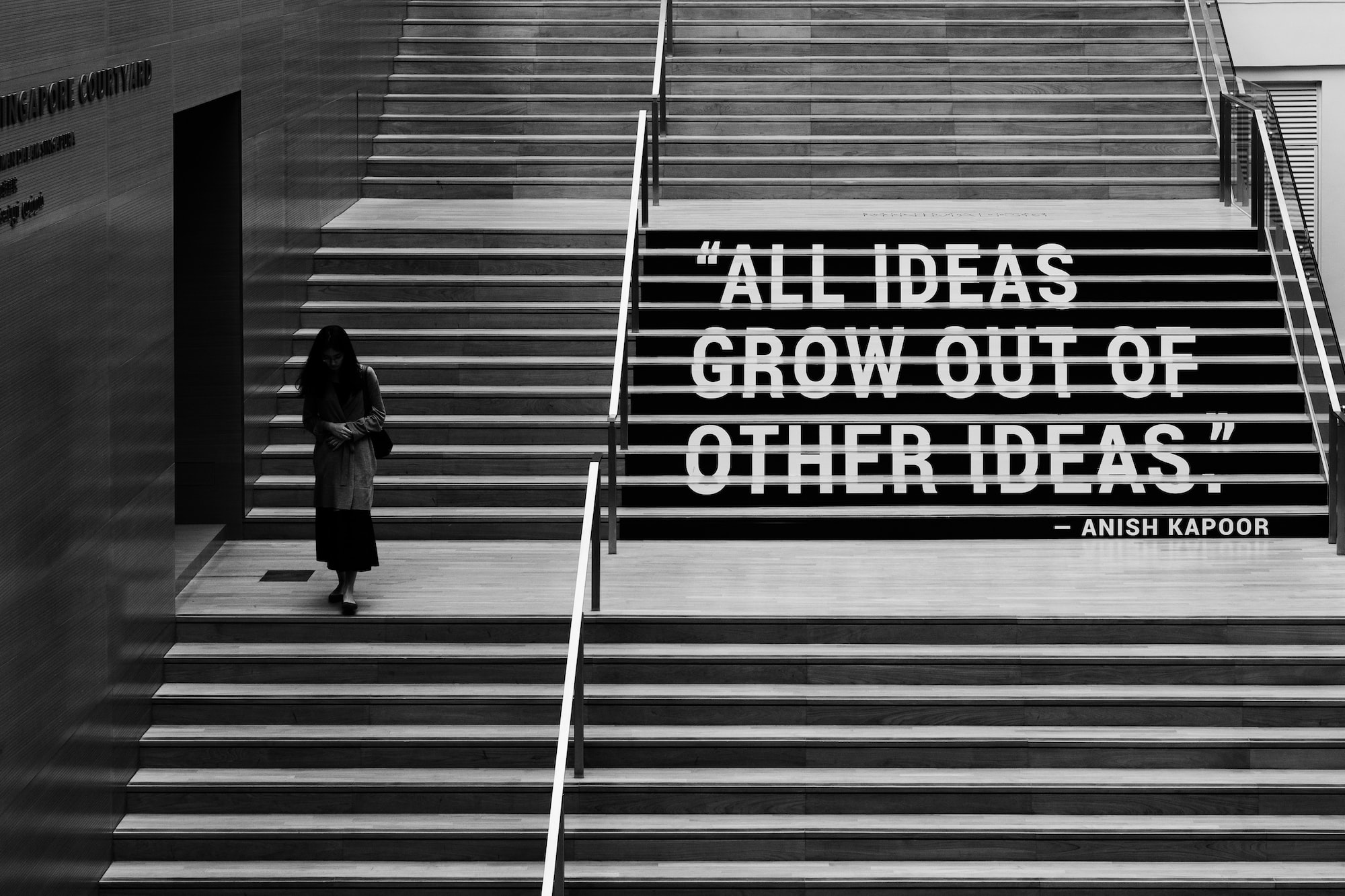 Repurposing content ideas using work you've already done is a great way to improve the work you're already creating every day - and get more readers!

There are a few different parts of my writing process that often slow me down. One is choosing topics (what a killer). Another is research, if I'm not sure where